“A sparkling debut . . . I love this songwriter!”
—No Depression

Following more than a decade atop New York City’s recording scene as a premiere session musician, drummer and multi-instrumentalist Miles East’s perspective is an understandably interesting one.

“It’s funny because I believe it’s the practice of songwriting that’s afforded me the success I’ve achieved as a drummer all these years—especially in the studio. I arrive at drum parts as a songwriter first and as a drummer second. My job is to serve the song every bit as much as the guitars, or vocal, or even lyrics.”

Heralded as “a sparkling debut” by No Depression, Miles East own album, Ghosts of Hope, finds the quiet push and pull of human transformation set against the volatile backdrop of the east coast seascape where he grew up and still resides. Songs roil with hopeful hellos, conflicted goodbyes, hard exits, and harder entrances. His characters move cautiously and thoughtfully, torn by the unsettling truth that actions can be both a positive and a negative force, even simultaneously.

Like Dawes, Jason Isbell, or Ray LaMontagne, the ghosts of the great singer-songwriters are present—and even evoked—in a modern way that seems to stretch the very definition of the term. It’s no surprise, then, how this debut gained its title.

“A lot of people tend to see their lives in terms of journeys, but I’ve always seen mine in terms of destinations—emotionally, romantically, musically—what have you. There are ones I’m trying to get to or leave, ones I’ve hung out too long in, or maybe departed too quickly. I think somehow, my music reflects that.”

Ghosts of Hope, the debut album from Miles East, was produced and recorded by New York indie-music luminary Blake Morgan and is available everywhere. 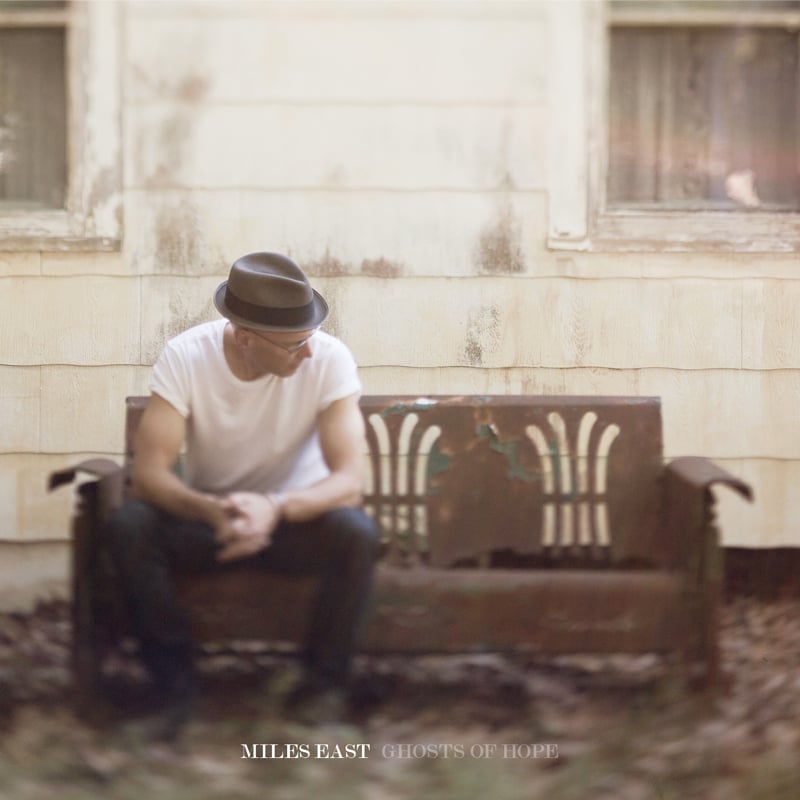