The original cornerstone label of our roster, launched in 2002 by Blake Morgan. Born from humble beginnings and founded on Morgan’s laptop computer, the label has since flourished and grown into the globally distributed family of artists and labels that is ECR Music Group. 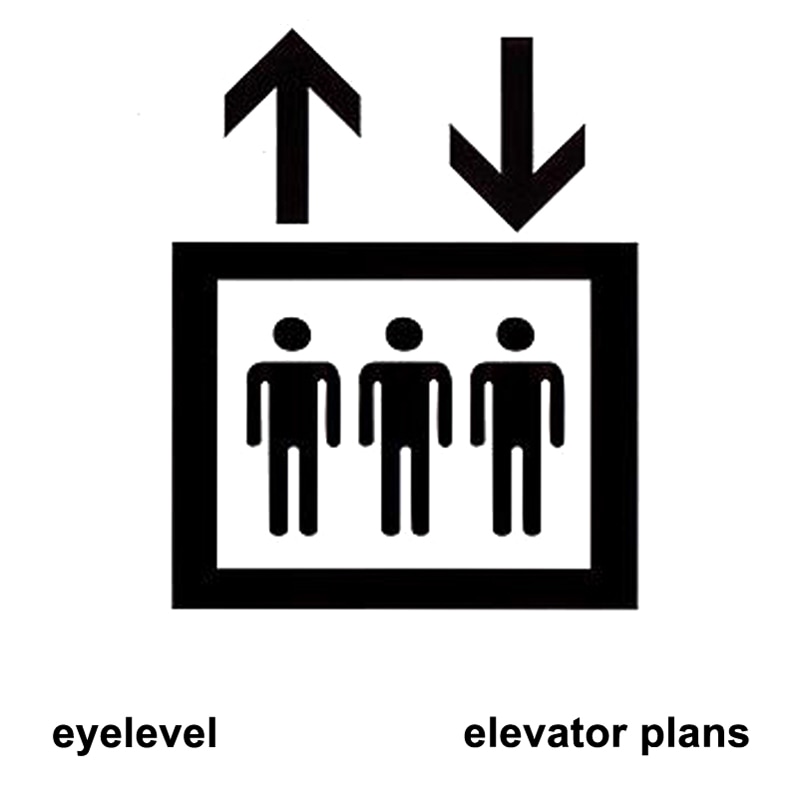 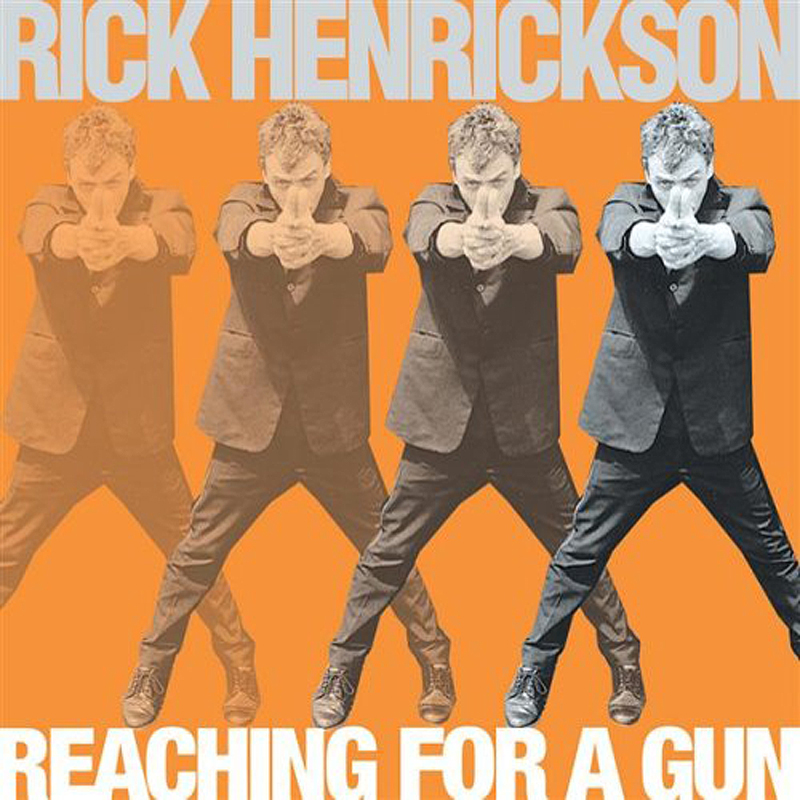 Reaching For A Gun 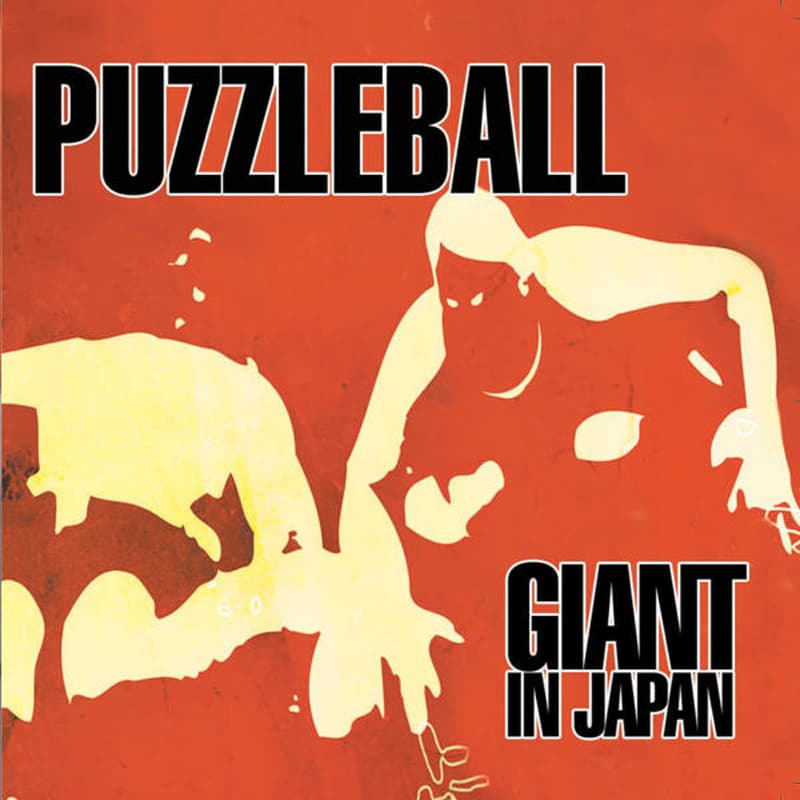 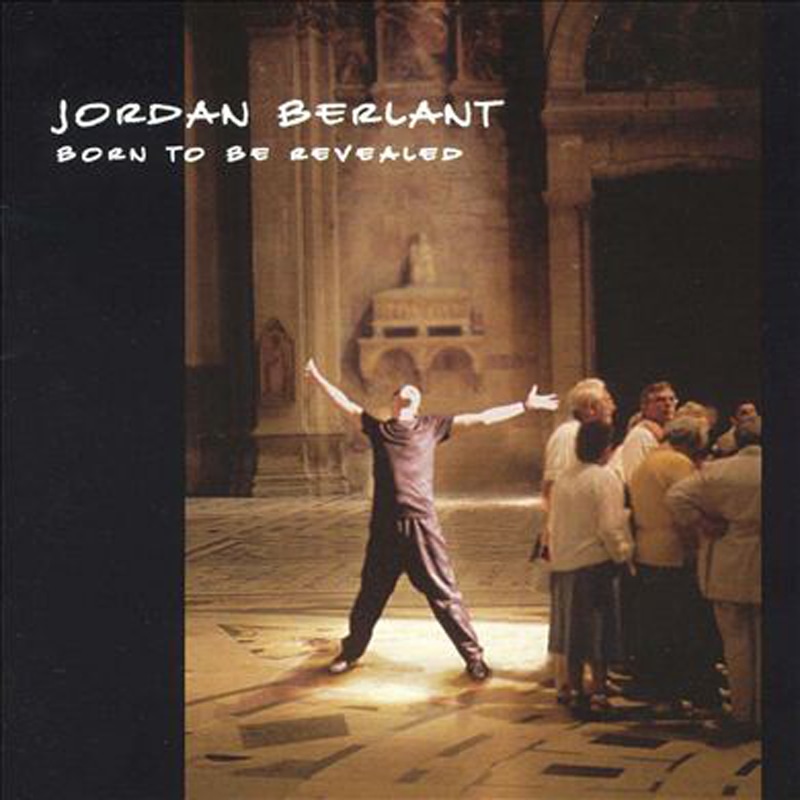 Born To Be Revealed

“Philadelphia’s Eyelevel works a lot of familiar angles but manages to come up with something original in the process. The trio makes gorgeously atmospheric pop tinged with upbeat melancholy in a shiny mix that references like-minded musical brethren like the Police (‘Not My Home’) and Toad the Wet Sprocket (‘Back to Me,’ ‘Breaking Me Down’). All of Eyelevel’s gifts come together in ‘Butterfly,’ a song that shimmers with the laconic energy of Coldplay while crackling just under the surface with a Beatlesque vibe, and in ‘Sublime,’ where guitarist John Pompeo makes like Jeff Buckley taking Glen Phillips’ place in Toad. There isn’t a single track on Eyelevel’s debut that wouldn’t sound appropriate drifting out of a car radio, and that’s a great place to start.” —Brian Baker, Amplifier

“Eyelevel’s style of rock music is very cool, carefree and easy, and their 10-song debut Elevator Plans spotlights delicate acoustics, catchy rhythms, and guitarist John Pompeo’s tantalizing vocals. On the album’s first track, ‘Back To Me,’ his clarity nicely complements the sweet lyrics about the pangs of brotherly love. But it was the second track, ‘The Hole You’re In,’ that grabbed me. The instrumental breaks in this one are neat—an unplugged guitar quietly bleeds notes like big, watery teardrops, falling carelessly onto the strong foundation that the hard, head-bobbing electric guitar provides. Another subtly delightful track is ‘Butterfly.’ Its chorus is reminiscent of memorable folk songs not just because of its poetic lyrics, but because it lies in stark contrast rhythmically to the song’s verses . . . With Elevator Plans, Eyelevel is going up (no pun intended).” —Indie-Music.com

“Metamorphosis can be painful. But from the cocoon of Giant Sequoia comes the beauty of Eyelevel. After living under the shadow of their previous incarnation, Eyelevel enjoys the light from their new album Elevator Plans with a new attitude and a rejuvenated style. What was good about Giant Sequoia is now great about Eyelevel. What was hit or miss is now hit—all the way.” —It’s About Music

“The result is 10 meticulously-crafted, efficiently-produced songs, which will place radio play well within Eyelevel’s reach. Elevator Plans rests at the ‘still artistically-credible’ left end of the Top 40 spectrum, integrating dissonance and ominous overtones into a ceaseless pursuit of the ideal three-minute-20-second pop tune. The band seems moderate among its progressive, off-center pop contemporaries: a bit darker than Toad the Wet Sprocket but less heavy-hearted than Coldplay, more elusive than Pete Yorn yet less enigmatic than David Sylvian. Throw in some early Radiohead or Jeff Buckley, and any of the aforementioned names could be employed as a critical adjective for Eyelevel.” —Patrick Kirchner, Fly Magazine

“[Eyelevel] is John Pompeo on guitars and vocals, his brother Steve Pompeo on drums, and bassist Jeremy Pflug. Their sound has a sparse lushness to it, almost like a stripped-down Radiohead disc without all the bells, whistles, and gimmicks. But even that assessment doesn’t come close to describing what the disc does to you. Yeah, you might want to use the word ‘ethereal,’ as the music sounds much bigger than it is. And that’s not a detriment, all I mean is it’s just bass, guitar, and drums, but sounds like so much more. A song like ‘Butterfly’ is a good example. Starting off with the bass playing thirds, then the vocals come in, along with guitar and bass bits using a volume pedal to swell in and out. And as the song progresses, more guitar bits are introduced, brushes tap away on the snare, and magically, the sound gets huge. When you give it a listen, you’ll see what I mean. The rest of the disc has that same magic. Sure, it helps that the songs are melodic, and easy on the ears, but a close listen really makes you appreciate the studio. Suffice it to say, they get a lot of mileage out of a trio. Great work here.” —Bill Ribas, NY Rock

“If you’re looking for ear-candy that is tragic yet uplifting, oozing with raw passion but completely polished, and nothing short of technically brilliant, this is a CD for you! Eyelevel is one of those rare bands that had me hooked on first listen . . . This band walks the line between overindulgence and boring simplicity with bold confidence and the results are phenomenal. Perhaps one of the most endearing qualities that Eyelevel possesses is the ability of each individual musician to play their part at a high caliber without ever going too far.” —Anti-Industry.com

“Congratulations! . . . It’s a band. The newest addition to the indie family at Engine Company Records is the Philadelphia-based trio Eyelevel. Produced by Blake Morgan (Lenny Kravitz, Phil Ramone), the album Elevator Plans represents Eyelevel’s 2004 musical debut. Their lyrics reflect love and a sense of release, particularly on the track ‘Butterfly’ . . . Watch out when the band breaks out in ‘la la la’ on that track—you’ll find yourself oddly trapped in a musical world of psychedelic Beatles and modern day pop divas . . . They’ll remind you of a lot of today’s mellower bands: melodic, yet simple—from guitar riffs to drum beats and everything in between.” —Pulse Weekly

“As the first song ‘Cool Dry Place’ fires from the speakers, you hear [Rick Henrickson‘s] influences jump out—the Beatles, Frank Black/Pixies, Elvis Costello—and it’s a pretty sound. The second number, ‘While She Whistles Wily,’ is even more upbeat, but again a mixture of pop styles that falls together beautifully. And you wonder, where the heck did this guy come from? Would you believe Staten Island? Doesn’t matter if you do, that’s where he’s from I’m told, and was formerly in the band the Zipperbits. Yet as his disc plays out, I am overloaded, in the sense that there is so much harmonic wealth that it will take several listens to fully appreciate the beauty of this pop masterpiece. Like Elvis Costello, there are unexpected chord changes, vocal lines that shift, the clash of going from minimal instrumentation to richer sonic territories, and so on, so much so that it’s difficult to grab initially. I suppose it’s more the expectation of the usual pop songs, as in you know what the next chord will be; yet Henrickson surprises at every turn, tossing in a chord that shouldn’t fit but does, or taking a stylistic turn that spins the song on its end. A stellar offering from what should soon be a household name.” —NY Rock

“BANG! Accomplished cellist Katharine Bent (Joe Jackson, Cirque du Soleil fame) and Mike Errico guest on this pop-rock venture out on Engine Company Records. The songs are electric and that could be due to the production reins being given to Blake Morgan of Lenny Kravitz notoriety. Rick [Henrickson] has a great voice and is single-handedly giving CPR to rock-n-roll. The one thing that is for sure, by the end of this album you won’t be Reaching For A Gun but rather for the repeat button.” —Smother

“First, some background. Rick Henrickson’s love affair with music began with the French horn in high school. However, he felt he needed a lead instrument to play the music he was writing in his head, so he abandoned it for guitar. (What, no one will at least TRY a rock solo on French horn? Jeez.) I’ll have to admit it was a wise decision, especially when his guitar skills attracted Blake Morgan (Lenny Kravitz) to produce and Phil Nicolo (The Police and The Rolling Stones) to do mastering on his debut CD, Reaching For a Gun. Combine their experience with Henrickson’s truly inspired songwriting, high energy, and playful humor, and you’ve got an outstanding CD. Yes, this CD is poppy and fun in many places. But you American Idol-weary fans can relax. Henrickson spruces up pop with sophistication and intelligence. He’s also a wildly careening poet. In tracks like ‘While She Whistles Wily’ and ‘At Home,’ the lyrics fly with such rhythm and rhyme and speed that he’s just this side of scatting. In fact, ‘At Home’ is such frenzied, moptop-shaking fun, I can’t imagine how he stayed still in front of a microphone while recording it. They must have given him a clip-on mic and turned him loose in a padded cell. But it’s not all caffeine and electricity. Henrickson sounds downright Bowie-ish on rough-edged ballads such as ‘Is That Your Beauty’ and ‘Two Hats.’ This is a songwriter to be taken seriously. He saves the best for last with the title track. It’s the rock star track, solid and relentless, perfectly arranged and almost joyfully performed. You can hear just how much fun he’s having. This is an artist to watch.” —Indie-Music.com

“In bypassing punk’s nihilism and disco’s gloss, [Rick Henrickson] creates a city that’s brighter, cleaner, safer and far more fun than the original. His rock pops and snaps where most of New York’s current crop slouch and slur, and his music never sacrifices vulnerability for macho swagger. Melody is of prime importance here, whether it’s behind the bouncy pop/rock of ‘Surprise, Surprise’ or the gentle singer/songwriter fare of ‘Two Hats.’ Henrickson’s expressive croon mimics an American Bowie, but his songwriting has more in common with Elvis Costello and Nick Lowe, dressing up rich imagery in catchy, super-sized hooks. In Henrickson’s New York, London is just another subway stop between Manhattan and Flushing.” —SplendidEZine.com